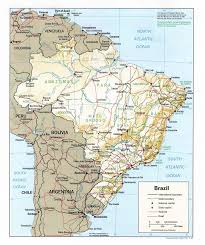 Why Brazil?
It is estimated that half a million to 2 million children are involved in Child Sex Trafficking in Brazil.
Brazil has the second highest rate of child prostitution in the world, second only to Thailand.
Brazil is very much in the spotlight with the upcoming World Cup to be held there this June, sadly these games are creating the perfect conditions for sex trafficking to thrive, as traffickers have been grooming THOUSANDS of girls in preparation for millions of men to arrive.
You may have heard of organisations such as A21, IJM and Exodus Cry.
However none of these big anti-trafficking organisations are working in Brazil. But the need is GREAT, and cant be ignored.

To find out more about Fight for Flight Brazil visit their website here.

D Robinson and Son, Painting and Decorating are happy to support such a worthwhile cause.